Narcissus and his moral mission

set fire to another one!“

The piety inherent in the thundery prayer is best enjoyed melting on Your tongue. But if You concern Yourself earnestly with the actual meaning of the word "piety", it even becomes increasingly cheerful. Just take the German term for piety - „Frömmigkeit“. It is derived from the Old High German "fruma", which means as much as "advantage" or "benefit". Frömmigkeit is, strictly speaking, behavior that appears useful in a certain context. 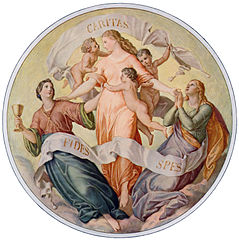 The benefit of piety

Following the rules of the prevailing religion, for example, appeared to be a useful strategy to many People at certain times for quite obvious reasons. For some of them it was just a kind of life insurance, others it helped climbing the career ladder. To question this concept was considered as quite stupid because it usually ended fatally.

The Narcissist understood it at all times like no one else, to dress his desire for prestige and recognition, power and importance in a robe of a thoroughly moral mission. What he does is nothing less than fighting for "social justice" or, preferably, for a "better world".

He saves the world in passing by and, of course, he does not do it for himself, but for humanity. The Narcissus always has a good reason to do good things. But, like any devil or coincidence wants, they always and in a wonderful way happen to develop well for himself. No one follows so faithfully the old Latin legal norm for mutual contracts "do, ut des" - I give, that You may give. That is his maxim and at the same time the key to his social behavior. He does actually only give for one reason, namely that is given to him. Preferably more than he gave. And exactly what he desires. He will inevitably remind You, that he has given and that now it is Your turn.

Another reason why he likes to give is, that he can then ask all the world to do the same: Now give (me what I need), so that You will be given!